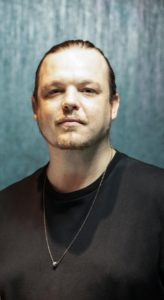 South Florida critically acclaimed chef Brad Kilgore won the hearts of Floridians and visitors from around the world with Alter in Miami’s Wynwood neighborhood in 2015. Known for his delectable “Soft Egg,” Brad has continued to grow his culinary empire through the creation of Kilgore Culinary with the opening of several new concepts. In 2018, Brad introduced Kaido, an Japanese-inspired cocktail lounge and most recently Brad has written a love song to his hometown of Kansas City with Ember, his take on the American Bistro. Brad is also the Culinary Director of Brava at the Adrienne Arsht Center.

In 2019, Kilgore became a five-time James Beard Award Semifinalist. Brad has been named a semifinalist for the prestigious James Beard awards in the category Best New Restaurant for Alter and Rising Star chef in 2016 and 2017. In 2016, Brad was named Best New Chef in America by Food & Wine Magazine and Alter was named a Diners Discovery from San Pellegrino “The World’s 50 Best”.