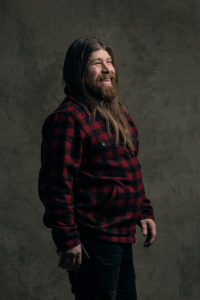 Chef Jonathon Sawyer is a proud Clevelander and a graduate of the Pennsylvania Institute of
Culinary Arts. He began his culinary career at The Biltmore Hotel in Miami before working in
New York City alongside Charlie Palmer at Kitchen 22. Chef Sawyer worked as Chef de Cuisine
for his friend and colleague Michael Symon, and then became Symon’s Executive Chef at Parea,
receiving a two star review from The New York Times.

In 2007, Jonathon moved back to his hometown to pursue his dream of opening his own
restaurant. Before his dream was realized, Chef Sawyer partnered with a local entrepreneur to
open Bar Cento, a modern Roman enoteca in Cleveland’s Ohio City neighborhood. During his
tenure as chef and partner, Bar Cento received many accolades, including Northern Ohio Live’s
Best New Restaurant, and earned Chef the Rising Star Chef award from both Restaurant
Hospitality and GAYOT.

Chef Sawyer has since opened several of his own restaurants in Cleveland, including his flagship
The Greenhouse Tavern, a French and seasonally inspired gastropub; Noodlecat, a quick service
ramen shop focusing on local ingredients and sustainability; Chef Sawyer also operates Sawyer’s
Street Frites and Sausage & Peppers in the Cleveland Browns Stadium, and opened another
stadium establishment called SeeSaw Pretzel Shoppe and Greenhouse Kitchen in Quicken Loans
Arena and a Noodlecat in the Rock & Roll Hall of Fame.

The chef was honored as a recipient of Food & Wine Magazine’s Best New Chef award in 2010.
In 2013, he became a finalist for the James Beard Award’s Best Chef: Great Lakes, and won the
prestigious award in 2015. Chef Sawyer has also made several national television appearances,
including “Iron Chef America,” “Dinner Impossible,” “Unique Eats,” “Best Thing I Ever Ate,”
“Chopped” and “Iron Chef: Gauntlet.” Sawyer’s appearance as an investor on the CNBC Lebron
James-produced show “Cleveland Hustles,” which debuted August 2016 and highlights several
Cleveland-area entrepreneurs competing for the support and guidance of local business owners.
When Chef is not in the kitchen, he is surrounded by his family, including his wife Amelia, son
Catcher, and daughter Louisiana. He is a tireless supporter of the green movement, local
agriculture and sustainable businesses both in Northeast Ohio and around the country.