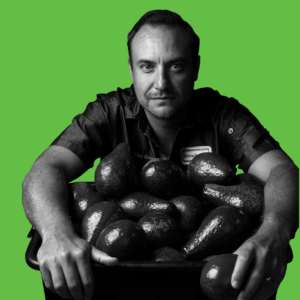 Hailing from St. Tropez, world traveler and award-winning chef, Julien Gremaud is the mastermind behind Avocado Grill. Taking from his travels, the French trained Gremaud creates ingredient-driven cuisine that begins with only the finest locally sourced elements. He redefines what it means to create fresh plates in an innovative and exciting atmosphere.

His love for cooking came at an early age and was developed in his mother’s kitchen, under her patient instruction, and inspired by her. In his almost three decades in the kitchen, Gremaud has amassed a number of achievements including working in the finest restaurants in the United Kingdom, Chicago and Palm Beach, as well as serving as private chef for Florida-based celebrities. He has turned restaurants in to award-winning destinations, and immediately put Avocado Grill on the food critics favorites list. His accolades are both personal and restaurant wide including being named Rising Star Chef by the Palm Beach Post, taking home the title of Judge’s Favorite in the Palm Beach Food & Wine Festival Chef Throwdown, and Avocado Grill being named Best New Restaurant by both The Palm Beach Post, New Times, and Florida Trend Magazine to name a few.

His menus are designed responsibly, utilizing what local purveyors have available, and are memorable for diners with all tastes.

Just as important as the cuisine he serves, is the community he inhabits. Chef Gremaud is a frequent participant in a number of South Florida charity events and food festivals. He serves as co-chair for the Palm Beaches Taste of the Nation event and has personally helped the organization raise hundreds of thousands of dollars to combat childhood hunger.

When he is not in the kitchen, Chef Gremaud can be seen traveling the world, sourcing exotic ingredients to add to the locally themed dishes presented at Avocado Grill and discovering non-traditional culinary practices.