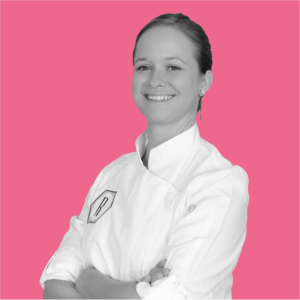 It’s a rare opportunity to enjoy the culinary creations of a chef as talented as James Beard nominated Chef Lindsay Autry. Her exceptional skills in the kitchen have earned her the reputation of one of America’s top chefs, and provided her the opportunity to work alongside some of the best in the world. A graduate of Johnson & Wales University, Chef Autry held various chef positions at prominent restaurants on the East Coast and in Mexico and made headlines as a finalist on Bravo’s ninth season of “Top Chef.” As a native North Carolinian, Chef Autry describes her cuisine as soulful, embracing Mediterranean flavors with a blend of her southern roots.

She honed her skill under James Beard Award winning Chef Michelle Bernstein, starting at Azul at the Mandarin Oriental in Miami and then on to open MB as Sous Chef in Cancun, Mexico. Chef Autry served as Chef de Cuisine of Las Brisas at The Fairmont Mayakoba in Playa del Carmen, and was the Executive Chef of Michelle Bernstein Restaurant at the Omphoy Ocean Resort in Palm Beach. Chef Autry then served as Executive Chef of the historic Sundy House in Delray Beach, Florida, with whom she had the honor of cooking at the prestigious James Beard House. Most recently, Chef Autry launched Fin & Feather Palm Beach (www.finandfeatherpb.com), a boutique catering company that offers Southern soul and Florida coastal cuisine. In Spring 2015, Chef Autry and her handpicked team of area chefs competed in the Miami leg of the traveling culinary battle COCHON 555, and won against more than five other teams of highly skilled competitors. The win crowned Chef Autry the Princess of Porc.

Currently, Chef Autry resides in West Palm Beach and is copartner and founder of the culinary hot spot, THE REGIONAL Kitchen & Public House (www.eatregional.com), which opened its doors in September 2016 in the heart of West Palm Beach’s downtown entertainment district. Alongside partner and area restaurateur Thierry Beaud, Chef Autry serves guests of THE REGIONAL a cuisine that honors the traditional appeal of deep-rooted American foods, while celebrating the innovative approach of today’s progressive kitchens. In 2018 and 2019, Chef Autry received James Beard nominations for Best Chef: South. THE REGIONAL was named “#1 Best Restaurant in Palm Beach County in 2016” by The Palm Beach Post. More about Chef Autry can be found at LindsayAutry.com.