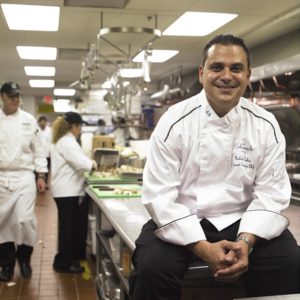 Nicholas received his Certification through the American Culinary Federation as a Certified Executive Chef in 2008 & Certified Culinary Administrator in 2014. Nicholas sits on three culinary boards supporting students from high school to college, he is very involved with raising money for scholarships for students, and he participates in judging for the Mass Pro Start as well as the NH Skills competition. Nicholas is an active member of The ACF, Nicholas also and is active in Share our Strength as well as many green initiatives at Brasserie JO which is the highest scoring green certified restaurant in Mass. Chef Calias also sits on the Board of Directors for The MRA Education Federation as well as being on The Board of Trustees for Le Cordon Bleu College.