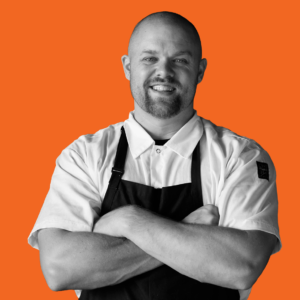 Making it as a chef in a city rich in diverse cuisine as this one is not easy. But 31-year-old Nicholas Shipp is quietly earning his keep. With a wealth of culinary experience Shipp has brought an enticing, well-blended mix of tastes, aromas and flavors to Santa Monica restaurant “Upper West,” where he serves as Executive Chef. Shipp’s menu offers any discriminating palate with innovative twists on contemporary American cuisine.

Hailing from Forth Worth, Texas, the “Funkytown” native began his cooking career at the early age of 15, working part-time for several high-end restaurants in the greater Fort Worth/Dallas metropolis, all while playing drums in a local rock band. As his skills developed and his passion for fine cuisine grew, Shipp found himself devoting more time to the kitchen, forgoing a potential career in music for a formal education at the Culinary Institute of Dallas.

Shipp eventually ventured out to Los Angeles to broaden his cooking endeavors where he soon became immersed in L.A.’s famed Wolfgang Puck franchise. For 2 years, he strengthened his cooking chops working the governor’s ball, award shows and private celebrity parties and weddings just to name a few. And the hard work paid off. After his departure from the Puck franchise he became the Executive Chef of Pete’s Café in Downtown where he developed his palate for modern American/Global cuisine. Now, he’s brought his emerging reputation to the kitchen at “Upper West.”

Nicholas Shipp’s passion for food has granted him the task of assembling an expert staff that shares his vision and taste and has allowed him to create an ever changing superb menu that will exceed every customer’s expectation.