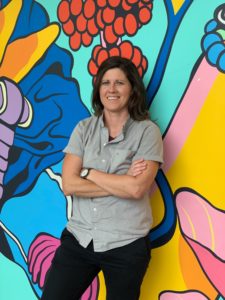 After studying Political Science and Economics at The University of Houston to enter law school, Nicole decided to take a different route and attended the Louisiana Culinary Institute in Baton Rouge, LA— she’s been hooked ever since!

“I believe that food and eating are one of the most important things when thinking about the human connection,” said Nicole. “The emotions connected to food and cooking range from happy, to sad and everywhere in between. We use food to both celebrate and to grieve. Being part of that on an industry scale gives me purpose and I don’t ever have to ‘work’ because I love what I do.”

At CO-OP, find Nicole overseeing daily service and kitchen operations while simultaneously orchestrating production of all components of each ramen dish served. In her spare time, she’s likely enjoying her own bowl of ramen or cajun creole food. She’s also a big fan of all things bourbon and coffee! Beyond food, Nicole is an avid runner who has recently become obsessed with bouldering and rock climbing.