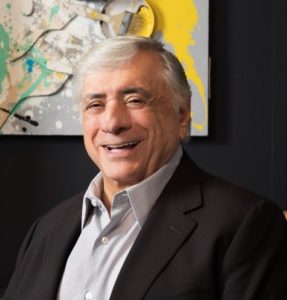 Atlanta owes an enormous debt of gratitude to Buckhead Life Restaurant Group and its charismatic founder and CEO Pano Karatassos. The company raised Atlanta to a new level of dining, and earned it a spot on the country’s culinary map when it opened its flagship restaurant Pano’s and Paul’s in 1979. Today, Buckhead Life Restaurant Group owns nine of Atlanta’s top restaurants, has expanded into Boca Raton, Florida and Ft. Lauderdale, Florida, and most recently Miami Beach, Florida, with the opening of Lobster Bar Sea Grille. Pano spends a great deal of time working with local charities, particularly hunger-related causes. As the Atlanta chairperson for Share Our Strength, he has helped to raise more than $10 million. He also developed the country’s first freshly “prepared food program” for the hungry and was a founding member of Atlanta’s Table. As a result of his lifelong commitment to hunger relief and his contributions to the community, Pano was presented with the Cornerstone Humanitarian Award by the National Restaurant Association. A humble man, Pano has been known to say “My works is my hobby. I’m the luckiest guy in the world.”