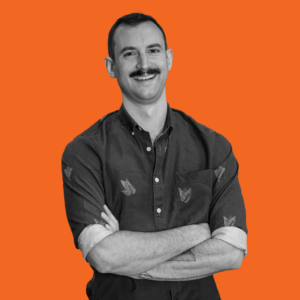 One of Boston’s leading bartenders, Ryan oversees the beverage program at Bar Mezzana, a unique position that encompasses not only building and leading the cocktail program and collaborating on the wine list with General Manager Heather Lynch, but working with the management team to develop and maintain the culture and service approach for the front of house and serving as a mentor and educator for the team.

A native of  Staten Island, New York, Ryan moved to Boston to attend Boston University where he studied Art History and Business Administration. An interest in restaurants and cooking led him to his first job in the hospitality industry: a position behind the bar at Jeremy Sewall’s restaurant Lineage. There he found a mentor in Chef Sewall and a niche within the industry; Ryan also discovered a passion for both hospitality and managing a restaurant’s bar program.

From Lineage, Ryan joined the opening team at The Hawthorne, working closely with one of his mentors, Scott Marshall (formerly of Drink).  There, he received an incredible cocktail education in several bar styles under Scott, Jackson Cannon, and Ryan McGrale before joining the No.9 team as a bartender in 2012 working under Ted Kilpatrick. When Ted relocated to New York, Ryan became the new Bar Manager and oversaw No.9’s celebrated cocktail program for two years. In this role, Ryan not only managed the bar but also ensured that he and his team were able to offer the entire No.9 Park experience to guests. This entailed intensive training on all points of service, the wine program, and the menus and Ryan enjoyed working closely with wine director Cat Silirie and chef de cuisine Ben Weisberger.  In Spring 2016, Ryan reunited with his former colleagues and joined the opening team of Bar Mezzana.