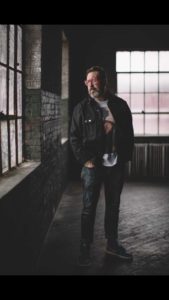 Hailing from rural Southwestern Virginia, Travis Milton spent his childhood in a true Appalachian kitchen, learning the proper method for shucking beans, preserving produce through canning, and planting gardens—all under the tutelage of his great (and great-great) grandparents. A reverence for the traditions and heritage of Southern cooking was instilled in Milton from his earliest days spent behind the counter of the Village, a restaurant in Castlewood, Virginia, owned by his great grandparents.

Milton moved to Richmond to attend school and started cooking on his own in his early teens, initially just as a way to make money doing something familiar. Soon, jobs in the kitchen became more than just income, and before long Milton was staging in kitchens across the country, like Todd Gray’s Equinox in D.C. and Chris Cosentino’s Incanto in San Francisco. When Milton joined his friend and fellow Virginian Jason Alley to work as chef de cuisine at Comfort in Richmond, he realized his ability to combine the memories of his family’s kitchen with the techniques of his mentors, creating composed and modern Appalachian dishes.

It was with these two culinary traditions in mind that Milton left Comfort and embarked on his dream of a genuine Appalachian restaurant. His first Appalachian-centric restaurant, Milton’s at the Western Front, opened in February 2018 as a meat-and-three. The menu includes not only staunchly Appalachian items such as Chili Buns and Pepperoni Rolls, but will also feature dishes like Hungarian Goulash, reflecting the rich food culture of the Eastern European immigrants who settled in Southwestern Virginia.

Hickory at Nicewander Farm, opening in late 2018 and early 2019 respectively, will represent both aspects of Milton’s background (“both sides of my brain,” as he puts it) by showcasing a modern take on the comforting foods of his youth, while also serving a more rustic take on those traditions as well. Rare Heirloom fruits and vegetables will be at the forefront of all the menus, from more 65 different varieties of indigenous beans (his favorite being greasy beans) to rare varieties of squash, originally cultivated by Native Americans will be grown, served and preserved on site.

Outside his restaurants, Milton is at the forefront of the grassroots effort working to preserve the heritage of the Appalachia kitchen. A conversation among fellow Appalachian chefs on a Facebook thread turned into the creation of the Appalachian Food Summit, for which Milton serves on the board of directors. He also works to highlight the rich history of the area in conjunction with the Central Appalachian Food Heritage Project, the Clinch River Valley Initiative, and the Virginia Food Heritage Project.

Milton spends much of his free time traveling to Virginia farms and fostering relationships with purveyors across the state. When not in the kitchen, his favorite place to be is sitting on his front porch, enjoying his whiskey collection and listening to 90’s R&B records.