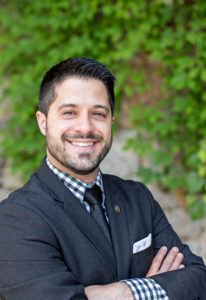 Josh is Sommelier and former Maître D’ at Marcel, Ford Fry’s swanky ‘European-inspired’ steakhouse in the Westside Provisions District. Born in Boston, Josh began his career in hospitality at the renowned Boston Harbor Hotel and became hooked on fine food and beverage. After graduating from Boston University with a B.A. in Sociology, he relocated to Atlanta with his wife in 2010 and joined Ford Fry Restaurants at the opening of King + Duke in Buckhead in 2013.

Since opening Marcel in 2015, Josh has been driven to share the breadth and beauty of French wine with guests, shining a spotlight on Burgundy, the Loire Valley, and the Rhône Valley as hotbeds for exciting grower-producers worthy of a place at the steakhouse table alongside the heavy hitters of Bordeaux and California. In addition, Marcel’s cocktail program, under Josh’s direction, focuses on ‘Mad Men’-era cocktails from the ‘50s and ‘60s updated with European ingredients. Marcel has been recognized by Wine Enthusiast Magazine as one of ‘America’s Top 100 Wine Restaurants’ for two consecutive years.